Back to all posts

The Value of an Afterlife 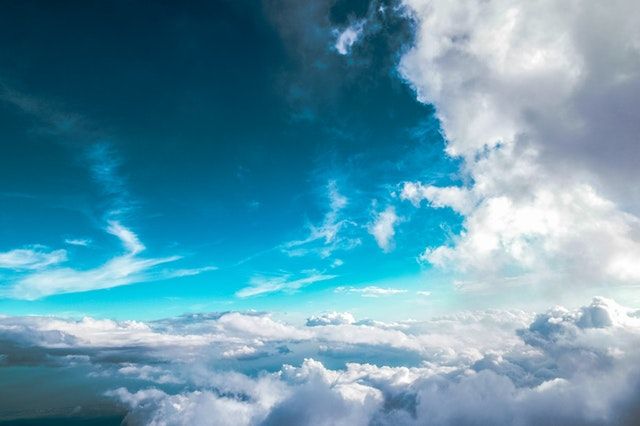 What is worth suffering for?

In my previous post, I alluded to this as being the most important question one can answer in the course of his or her life. It takes only a cursory survey of human history to see that the idea of an afterlife gives adherents of many different creeds a reason to bear up under the suffering this terrestrial life imposes. Some have gone so far as to conclude that, in the absence of an afterlife, the best thing one can do is dull the pain of existence.

For example, U.S. Founding Father John Adams quipped that if it were "revealed or demonstrated that there is no future state,” then his "advice to every man, woman, and child would be, as our existence would be in our own power, to take opium.” For Adams, it seems, only the prospect of a post-mortem existence provides enough incentive to bear up under the weight of the world’s problems courageously, without which the avoidance of suffering entirely is the only reasonable way to live life. Clinical psychologist Jordan B. Peterson asserts, “Psychologists ask, doctors ask, ‘Well, why do people take cocaine?’…That’s the wrong question. The right question is, ‘Why not like an addicted rat don’t you just take cocaine all the time until you die?’” (52:59). The answer to that question is, for Adams, the prospect of an afterlife.

Living On in Memory

In Homer’s The Iliad, Achilles is famously given the choice between a long, happy life at the end of which he dies in obscurity, or a short-but-extraordinary existence, the story of which of which will echo through the annals of history. Desiring some kind of permanence, even if only in the memory of subsequent generations, Achilles opts for the latter. Great figures throughout history, from Julius Ceasar to the aforementioned John Adams, have gone to great lengths to ensure their deeds were remembered for the same reason.

However, most humans throughout history have not been capable of this kind of permanence. Not only is it "estimated that approximately half of the human race has died before being able to distinguish the right hand from the left,” but those who live to maturity rarely gain enough public recognition to merit being remembered in the eyes of subsequent generations. Taking a more extreme view, someday the universe will no longer sustain life and even those special few who managed to get written into the history books will have been, from an eternal perspective, irrelevant. Immortality in the sense of being remembered is only immortality if there is someone around to do the remembering.

A 2018 public discussion between Christian philosopher and theologian William Lane Craig, Jordan B. Peterson, and atheist philosopher Rebecca Goldstein brings this issue sharply to the fore. The exchange between Craig and Peterson in particular highlights the question of the need for some kind of permanence as a necessary component for true significance. They do not propose a particular conception of the afterlife, however they discuss its necessity at length.

Craig begins by asserting that unless unless there is a transcendent reality, and by implication an afterlife, then “both mankind and the universe…are inevitably doomed to death” (6:07). Craig sees an afterlife as a requirement for meaning, for if "each individual person passes out of existence when he dies, then what ultimate importance can be given to his life? Does it really matter whether he existed at all?” (16:26). The answer is no, as Craig later asserts:

It seems to me that in order for something to be significant, to be important, it needs to make a difference. That’s what it means to be significant. And so if no matter what you do everything winds up the same your choices are ultimately insignificant, that is to say, they’re inconsequential. And on naturalism, all of our choices, the entire human race, is ultimately inconsequential. It doesn’t matter. It’s insignificant. And that seems to me to be virtually undeniable on atheism (110:39).

Craig identifies the “horror of modern man” as the sense that "because he ends in nothing he is nothing” (18:24). For Craig, only the prospect of an afterlife provides the solution to this problem of insignificance: "Because we shall live forever the decisions and actions we take in this life are imbued with an eternal significance that lasts beyond the grave” (25:39).

In response, Peterson asserts that the question, “Is there meaning to life?” is the wrong one. He argues, “That’s not a question you ever ask yourself if you’re in pain…because when you’re in pain you know that life has a meaning: it’s the pain. And you can’t argue yourself out of that meaning." (53:36) He also asserts that temporality is the wrong metric to use when determining significance. He gives the example of a suffering child who is told not to worry about it because “in ten million years who the hell is going to know the difference?” as a reason why such a way of determining significance is flawed (56:10).

Interestingly, however, although Peterson does not assert God or an afterlife, he does not resist at least acknowledging the evidence for the transcendental: “I think that the entire process of evolution is somehow shaping itself around...maybe platonic ideas, something like that, some transcendent good” (76:48). He admits, “One thing I have learned from attempting to reduce religious preconceptions to their biological substrate is that there’s always something left over that you haven’t explained. And it’s not something trivial, because every time I look into what’s left over it turns out to be unutterably deep. Then I get rid of some more of it, and the rest becomes unutterably deep” (78:07). According to Peterson, in other words, once a naturalistic/materialistic view of the reality has explained all it can there is still something of substance left over that has not yet been able to comprehend.

With this background and all of these factors at play, here are my thoughts (subjective as they are and flawed though they may be). First, if there is even the possibility of an afterlife then that possibility should be explored and considered with the utmost care and attention. Craig’s advice to “go with God” seems not unreasonable if only for the simple fact that, “as Pascal said, we have nothing to lose and everything to gain” (27:24). Granted, this may not seem a solid enough gamble to build one’s life on, but it’s at least a good enough reason to take the matter seriously. The prospect of an inevitable death should be good enough reason for any and all of us to do so.

Second, if there is no afterlife, there is no justice. One who asserts that death is the end must bear the weight of the knowledge that every murderer, rapist, etc., who escaped punishment on this earth and died a quiet death has, indeed, gotten away with it. It may be argued that, according to the Christian view of reality and the afterlife, justice is still avoided since Christ bore the penalty of the crimes of even the most malicious, but repentant, criminal. This, however, does not constitute a get out of jail free card, nor does it appreciate the nature of salvation. According to at least the Protestant view of redemption, the final step before professing faith in Christ is the individual’s realization of his or her depravity and acknowledgement of wrongdoing. That’s what makes one ready for the final step, which is trust. Those who have been through this know that fully realized guilt on the part of the individual is just as much punishment as that which can be inflicted externally. There are some Protestants, such as Jerry L. Walls, who believe that the process of shedding one's corrupt nature that begins with repentance, called sanctification, continues even into the afterlife. These ideas deserve to be discussed at greater length, but suffice it to say that universal justice is only possible if there is an afterlife.

Finally, there is reason to believe that death is not the end. This also deserves much more careful treatment than there is room for here, so I refer the reader to the following sources: Chapter two of The Crosstree Edge: Faith and Fortitude in the Face of Suffering, and Gary Habermas’ on near-death experiences here and here.

The goal of this New Year’s post was simply to highlight the need for serious consideration of the big questions, such as the afterlife, and perhaps encourage some to look at the issues more closely than before. 2020 looks like as good a year to do that as any.